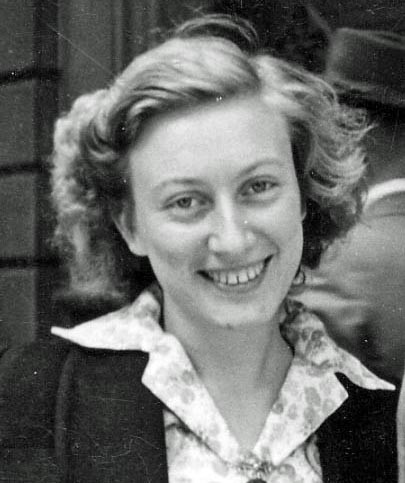 On Remembrance Day we recall the horror of war; we grieve for the lives lost and the suffering that continues; and we pray for peace.

My mother grew up in the Great Depression. She was seventeen when the war started and twenty-three when it ended. She spent those years surrounded by servicemen on leave, and families living in fear for their loved ones. Her prayer was that her children would never see war.

I have three generations of medals at home.

My father was a foster child. He had a generous heart when it came to the elderly. I grew up with old people spending their last days with us. The first of them was Harry Wheat. When Dad was a child, Harry was his next-door neighbour. He had no family. Harry served at Gallipoli and on the Somme. I have his three medals and his war diary.

Dad joined the militia (now the Army Reserve) in 1938. He spent the war on coastal defence in Western Australia. He was frustrated and ashamed of the fact that he never saw active service, as had all his mates. I have the two medals he never wore.

I joined the Citizen Military Forces (now the Army Reserve) while I was at uni. The Vietnam War was on. It ended the year I graduated, much to my mother’s relief. I have one medal.

My children have never had to put on a uniform, and I pray my grandchildren won’t either. I thank God my mother’s prayers were answered. ANZAC Day is a day to renew her prayer.

So, what does God have to say about all this? How are Christians to approach Remembrance Day? We do not celebrate war. We serve the Prince of Peace.

We start with repentance and turning to Christ.

According to the Bible war started in the Garden of Eden when Adam rebelled against God. Before sending him away into exile, God promised that he would bring humanity back to himself. He would put the line separating enemies between the woman’s offspring and Satan (Genesis 3:15). The woman’s offspring, who would die and destroy Satan, is Jesus.

Being enemies of God, we turned on each other. Cain’s murder of his brother was the opening battle of all wars. Things only got worse from there.

Where do the wars and conflicts among you come from? They come from your pleasures which go into battle among your fellow members? You insist on having and don’t have. You commit murder. You are jealous and unable to get. You go into battle and make war. You don’t have, because you don’t ask. You ask and don’t get because your requests are bad, in order to invest freely in your pleasures.

War is driven by people who take the place of God. They claim for themselves what is his alone. It’s about pride, greed, and lust. All the weapons and all the wars will not solve that problem, because it comes from a heart that is alienated from God.

The great promise of the Bible is that God would send us a saviour who would bring peace between us and God, and peace among men. Jesus is that prince of peace. By paying for our sins with his sinless life, he purchased for us reconciliation with God and with people of all nations, tribes and languages. But that only happens when we face the horror of our own sin, confess it, and accept Jesus’s saving work for ourselves. The answer to war is God’s justice, grace, and mercy, delivered at the cost of the life of our sinless saviour.

Repentance starts with a change of heart and attitude. Pride, jealousy, greed, and lust all have to go. These are replaced by love. To love is not the same as “to enjoy.” Love is selfless not self-gratifying. Ultimately it is blood, sweat, tears, and a cross. Jesus said, “He who is forgiven little, loves little.” (Luke 7:47). We who have come to Christ have been forgiven a great deal at great cost.

The damage of war is not limited to physical injury, or damage to property and wealth. We hear a lot about Post Traumatic Stress Disorder. Since the 1990s, those who work with our veterans have begun to realise that there is another kind of damage that they call “moral injury.”

War involves the destruction of God’s image and God’s world, and that does not come without its own inner trauma. Without the gospel there is no answer to “moral injury.”

There is an urgency for us to pray for those who experience such hurt, for those who bring the gospel to them, and to others who are in line to do so in the future. Pray for our military chaplains especially, and pray that they will be faithful in presenting the truth of the gospel that alone will set people free. As James goes on to say,

Or do you think that the Scripture speaks for nothing against envy? He longs for the spirit whom he caused to dwell in us. But he gives even more grace, therefore he says, “God goes to battle with the proud, but gives grace to the humble.”

Submit to God. Stand against the devil and he will flee from you.

Cleanse your hands, you sinners, and purify your hearts, you double-minded. Endure hardship and mourn and scream. Turn your laughing to mourning and joy to gloom. Humble yourselves before the Lord and he will lift you up. (James 4:5–10)

It was once our custom to declare national days of prayer in face of the great challenges of war and tragedy. Queen Victoria even called a Day of National Repentance when British soldiers, by an act of disrespect, set off the Indian Mutiny of 1857. In the quest for peace, self-righteousness has no place.

We remember that the Kingdom of God is not of this World.

The Christian’s attitude to the nations is not one of “our nation first.” We are not to worship the state gods, or blindly accept the state’s values. Nor are we to put our trust in men. As the psalmist sings

Don’t put your trust in nobles; in a son of Adam with whom there is no salvation. (Psalm 146:3)

Surely, we have learned that the governments of men are not always true and right; nor are the promises of allies reliable. Christians are citizens of the Kingdom of God first. As such we do not pit one nation against another. Rather, we view the nations where we live with love. The presence of the Kingdom of God in any nation is a force for peace and blessing. As Jeremiah put it,

Seek the peace of the city where I have sent you into exile, and pray to Yahweh on its behalf; for in its peace, you will have peace. (Jeremiah 29:7)

We proclaim the gospel of peace and call people to serve Christ as Lord.

God has sent his people into every nation, tribe, and language to advance the regime of God. God’s forever family are found on both sides of any war.

This was at the forefront of the mind of J. Grescham Machen in 1917. He was professor of New Testament at Princeton Seminary in the United States, and a great defender of the faith. His family were German migrants and close friends of the American President, Woodrow Wilson. Machen could not bring himself to fight, so he joined the YMCA, and went to the front to minister to the needs of the troops. The YMCA in those days was a gospel mission and highly respected by the people they served.

When he returned, he noted a change in the way people spoke about salvation. He also noted that the church had failed to deliver the gospel of Christ. It had turned to preaching the values of the state. It didn’t surprise him that troops returning from the front found such preaching hollow.

The Victory Medal for World War I bears the inscription, “The Great War for Civilisation.” Veterans knew that there was nothing civilised about what that medal commemorated. This was not the war that ended all wars.

Machen took up this issue in a sermon he preached to the students at Princeton Seminary. At the time the Peace Conference at Versailles was drawing to a close. He told his students:

If the church has failed, it is at least perfectly clear why she has failed. She has failed because men have been unwilling to receive, and the church has been unwilling to preach, the gospel of Christ crucified. Men have trusted for their own salvation and for the hope of the world in the merit of their own self-sacrifice rather than in the one act of sacrifice which was accomplished some nineteen hundred years ago by Jesus Christ. … People used to say, “There was no other good enough to pay the price of sin.” They say so no longer. On the contrary, any man, if only he goes bravely over the top, is now regarded as plenty good enough to pay the price of sin.”[1]

Our hopes for peace lie not in the sacrifice of lives lost on the battlefield, no matter how just the cause, or how brave and selfless the act. Honour is due to all who would lay down their lives for others. But there is only one saviour, and to access his salvation we must come in repentance and faith. Peace starts at the foot of the cross. In the midst of our grief, on this day we do well to remind ourselves of the urgency of this good news. 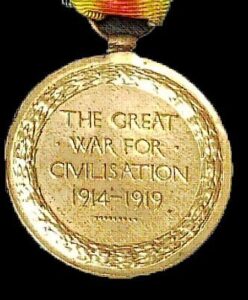 About the Author: David Jackson

David R Jackson has been a pastor, church planter, and special education teacher. He was head of Biblical Studies in a Christian School in Sydney’s Southwest for twenty years. He is the author of Crying Out for Vindication: The Gospel According to Job (P&R, 2007) and numerous articles in dictionaries and journals. He met his wife, Pat, at Westminster Theological Seminary in Philadelphia, where they were both students. They have four married children, and eleven grandchildren. He enjoys travelling, photography, snorkelling, woodwork, but most of all seeing kids light up as they come to know Jesus through their encounters with the Bible, which is God’s personal words to us.